To start from the beginning of my lesson in breaking down a hind quarter of beef, or read some of my thoughts on eating meat, see part one. 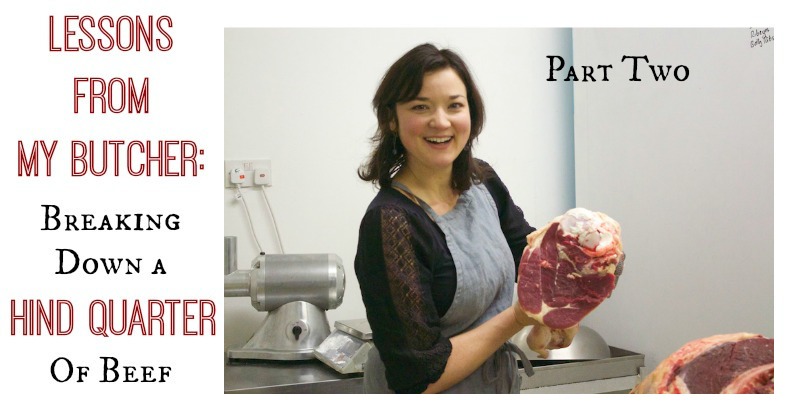 Alright, so we left off  at having removed the flank, carved out the tenderloin (or fillet) and separated the short loin from the sirloin.

The next thing we need to do is remove the hock from the rest of the leg. Start at a point just below the knee cap, cutting straight in and then angling down past it to finish separating. Cutting through as much as you can to the back will allow you to pull the shank down to open the joint and work through that with the knife as you go. So, this was actually pretty tricky for me– it took some carving around the knee joint with a long knife.

If I look like I’ve been working out in the picture below, it’s because I kind of was. Butchery takes muscles!

The meat on a beef shank is pretty tough and has a lot of tendon. This makes it great for long, slow cooking (2 hours or more.)  All of that tendon breaks down for a velvety sauce, and I crave it. At British butcher shops, this cut is referred to as shin– I buy it whenever I see it, since it’s inexpensive and does so well in stews. (Here’s a really easy recipe: Moroccan Beef Stew.)

The next step is to free the topside roast up, and to do this, the hip bone (called the H bone here, pronounced “heych”) must come out. This is a carving job you can attack from many angles– the basic thing to do is carve carefully along the borders of the bone until it comes free. First off, there is a little bit of meat on the inside of the bone covering the inside (psoas muscle) that you will want to remove so you can see it.

Cut through the little circle hole in the bone to release the attachments there, then start in at the top edge of the bone. Do your best to stay as close to the side of the bone as possible, pointing the tip of the knife in towards you so you aren’t cutting into the potential roasts. 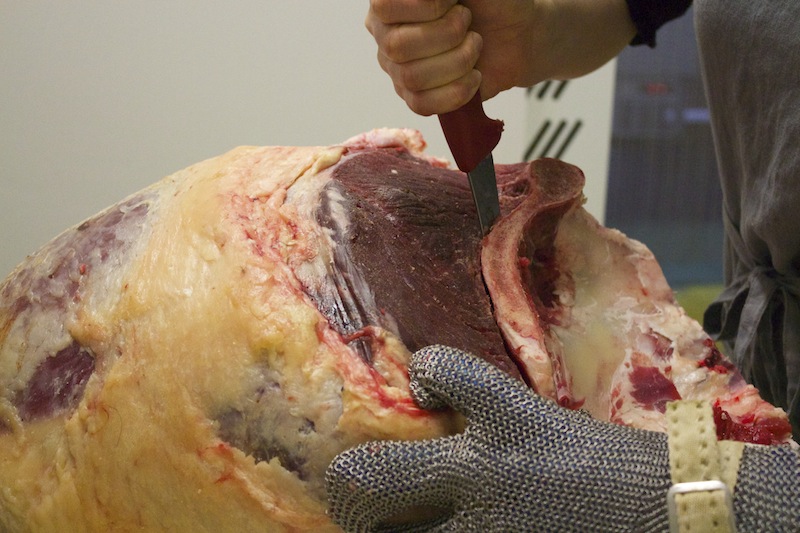 You’ll be carving around the socket to free the head of the femur from the hip joint.

Using a knife steel for leverage is a good way to pull back the H bone so you can keep trimming. I did hack it up more than I’d hoped– hopefully yours will come out a bit cleaner!

OK, I know this is an awful picture, but I wanted to show you what that piece will look like, once removed. 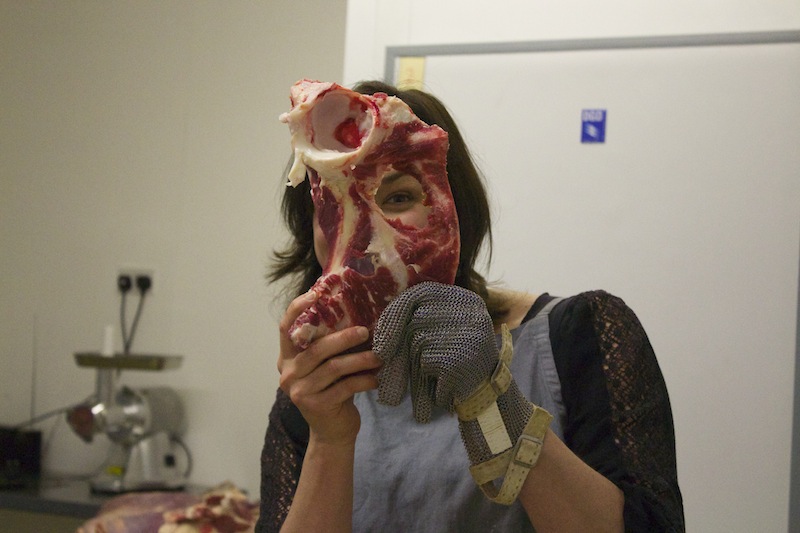 Once you have removed the hip bone, the topside muscle comes off next. We’ll do that, and break down the roasts and flank cuts in our next segment!