After our brewery tour, our kind hosts took us to their house for a relaxing lunch in their back yard. Is there anything better than being invited home by new friends? I think not. Especially when you are still getting to know a new place– there’s nothing like local hospitality. After lunch and a much-needed espresso break, it was time to check out Ghent! We were all thrilled when our friends suggested that we see the city via boat tour along the oldest sector’s waterways. The weather was absolutely beautiful, hot even– and being near the water was the best thing I could imagine.

Everyone else had the same idea, and downtown was packed. I loved the feeling of being a part of it all. 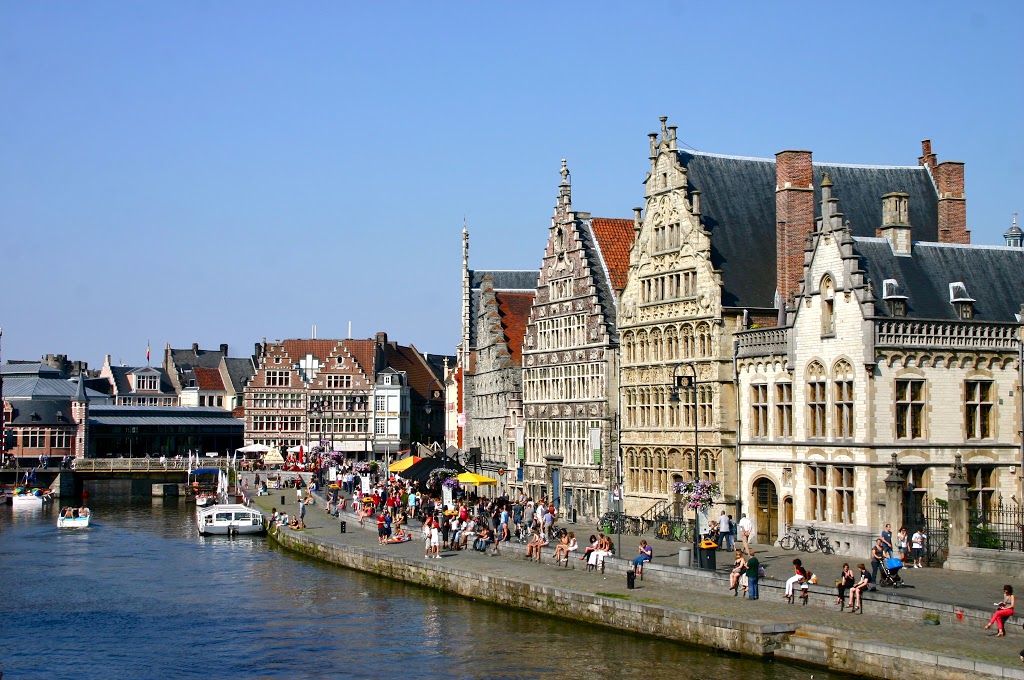 What made it even better was being there with friends.

Jeff and Henry*. Something we love about Henry is that he always speaks with a smile in his voice.

Elena* and me… We’ve been having fun talking wedding plans– they are getting married soon!

And here are Amelia and Anna*.

This was such a sweet pairing– they have five years age difference and don’t speak the same language, but their affection for each other has been instant and true!

Anyway, onto the boat ride! We had a guide who effortlessly spoke English, Spanish, Flemish, French, and German– with feeling— as he described all of the key buildings. I wish I remembered it all, but it I will just show you.

This is what we saw:

What would it be like to live behind one of these windows?…

A real castle! This is Gravensteen Castle, built in 1180.

It was a beautiful day. The weather was perfect, the city was absolutely beautiful. And spending time with new friends, getting to know them and their city at the same time was really, really wonderful. We really didn’t want to say goodby to them, and we certainly were not glad to leave Belgium.

But we have good news!  We will be going back in less than two weeks to celebrate Henry and Elena’s wedding! Hurray!

Have you been to Ghent? What did you love?

*Yes, I have changed the names of our friends, for their privacy.